A The Ravenswood Wedding with Mr & Mrs Clarke!

The Ravenswood Wedding venue is always special. More so these days as they have around a year ago been taken over and it seems things are going in the right direction.

Charlie & Dominic I’ve known for a number of years now. I grew up with Charlie’s sister Rachel. So I knew the family well and even photographed Charlie’s other sister Emma’s wedding a couple of years ago.

I arrived to see the bride calm and collected in the most amazing bridal room. Very modern, with spot lights and a huge mirror to see what’s going on. It was bright and airy, a photographers dream. So a good start.

The weather was extremely warm at this point and was due to get warmer. So I swiftly got on with things.

The dress was hung and prosecco was flowing. Everyone was pumped, me included. I was buzzing. It was a real party before anything had even started.

With the hair and makeup artists finished I did a little bride and bridesmaid photography. Then made my way to catch the groom and the lads. Dominic wasn’t very nervous from what I could tell, but he was chirpy and had a beer in hand. Things were going to be fine.

All the guests made their way to the ceremony area on the patio. A true summer wedding was about to take place. Dominic and Rob stood waiting at the front and waited as the brides maids walked down the isle, followed by a glorious bride. Charlie carried it so well. They both beamed as they caught one anothers eye.

But… Dominic’s nerves started to creep up on him, he fought on and they tied the knot without hitch.

This was followed by a huge group shot and the confetti throw. Groups and romantics. Finally being let to enjoy drinks and the sunshine together with the guests.

Speeches ran after the meal and Rob the best man was extremely funny. He needed to rip the Groom, as there apeared to be a lot of banter between them. Together you could see they have a great giggle!

Cutting of the cake and first dance was next, with the DJ making a slight boo boo with the music and then followed by shooting a confetti canon into a light fitting. All was taken lightly and the party went up a gear. Those canons are so loud, especially when fired next to your ear whilst photographing the newley weds, so thanks Mr DJ lol.

The couple danced away which followed by another dance with Charlie and her Dad.

I love The Ravenswood, there are such beautiful gardens, ruins and lakes. A real gem hidden in the sticks.

The Ravenswood Weddings are very highly recommended by me and I look forward to going there again in September for another couples big day.

Congratulations to the new Mr & Mrs Clarke, I wish you all the best for the future! x 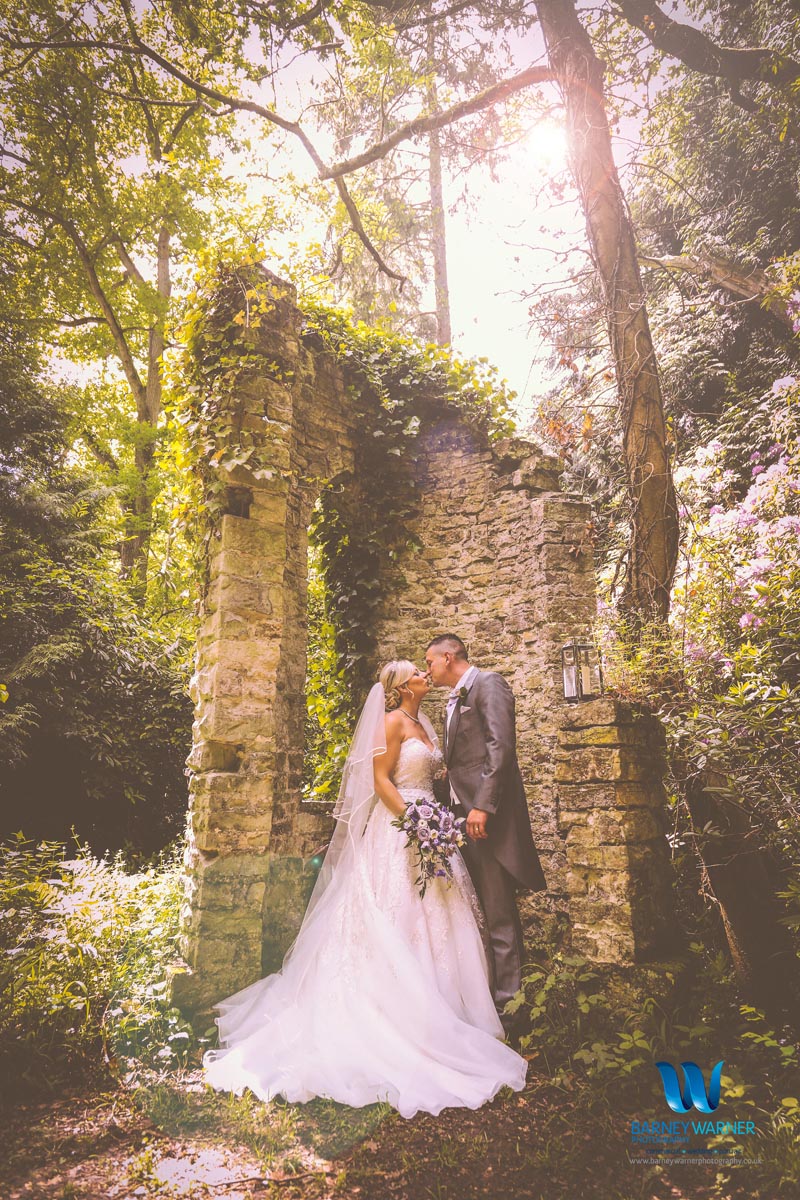